Kenneth (Desmond Harrington) is a socially awkward yet proficient technical writer. On a whim, he buys a sex doll, which he names “Nikki”, who was modeled with features he liked on his typist, Lisa (Melissa Sagemiller).

Kenneth seemingly has a relationship with “Nikki” to the point of clothing her and having conversations. However, the more time he spends with Lisa, he realizes he wants something real. He chops “Nikki” up and starts to see Lisa and appears to be on the cusp of a real relationship. However, Lisa finds a picture of Nikki in a manual they were writing and realizing the ex Kenneth was referring to was a sex doll and dumps him.

Kenneth kidnaps Lisa and plans to embalm her to make a real life sex doll. He kills his noisy landlord Radley (Udo Kier) and dismembers him. In the middle of the embalming process, Lisa breaks free and attacks Kenneth, but the police who had come to canvas Radley’s building, hear the fight and break in. Seeing her with a weapon over Kenneth, they kill her, thinking she is truly responsible.

Kenneth is not suspected of any crime, and  proceeds to buy a new “Nikki” doll. Out to buy her some flowers, he becomes entranced by the girl who works at the store. The implication is Kenneth will fall into another obsessive love triangle that once again can only end badly. 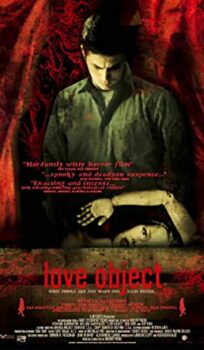