Pursy (Scarlett Johansson) finds out that Bobby (John Travolta) and Lawson have been conceling her mother’s will – giving her control of the house they share. Angry, she kicks them both out and puts the house on the market.

While cleaning, she finds letters her mother wrote her but never sent, telling her that Bobby is her father – though he does not know. She tells him and they make up. Pursy finds out that the fond memory of her mother she thought she invented, is in fact real. Pursy finally graduates high school and Bobby gives a toast at her graduation party.

The film ends after an unannounced period of time has passed – Pursy is in college and Lawson has finally written his book (about Bobby) and it was very successful. Pursy goes to visit her mother’s grave and we see Bobby’s grave next to her mother’s – apparently he was sicker than he let on. Lawson comes to stand beside her and holds her hand as the film fades to black – whether or not they get together is left slightly ambiguous. 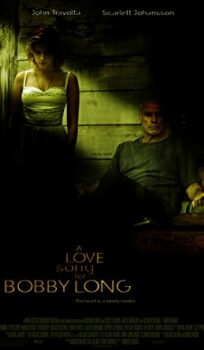