This story is loosely based on astronaut Lisa Nowak and her affair with fellow astronaut William Oefelein.

POOPER
Lucy is grounded by NASA after they discover she is blowing off her therapy sessions. Later she finds out that Mark is also having an affair with Erin, and he recommends her over Lucy for their next mission. She and Iris then travel across the country to confront Mark about that affair. Lucy attacks Mark, who gets away, but then she is apprehended by the police, who were called by Iris. Three years later, Lucy is now a beekeeper and Iris continues to live with Drew.

LONG VERSION
Lucy Cola (Natalie Portman) is a NASA astronaut who is in space for the first time, serving on the Space Shuttle and is absolutely awestruck by the experience. Once back on Earth, she quickly begins pushing herself physically and mentally so she will be picked for the next available mission, scheduled to launch in 13 months. One of her competitors for that mission is rookie astronaut Erin Eccles (Zazie Beetz), and Lucy has taken it upon herself to beat Erin in every way in order to go back into space. Since Lucy’s experience in space is not unusual for first-time space travelers, NASA orders her to therapy, conducted by Dr. Will Plimpton (Nick Offerman). Lucy tells Dr. Will she’s fine, but he can tell this experience has affected her differently than other astronauts.

Since returning from space, Lucy begins to feel as if the world has become small and boring, so she begins spending less time with her husband Drew (Dan Stevens), and more time with other astronauts who have traveled into space. One of those astronauts is Mark Goodwin (Jon Hamm), and soon the two of them begin an affair. Back at home, Lucy learns that Drew’s niece Iris will now be living with them, and her beloved grandmother Nana (Ellen Burstyn) is in failing health. All of this stress at home, combined with her quest to go back into space, is causing Lucy to start acting erratically. After learning that Erin set an underwater training record, Lucy is determined to beat it, but she nearly drowns in the process. However, NASA notices that Lucy’s heart rate remained calm and she was able to complete the training exercise, setting a new record in the process, while her helmet was filling with water, which is very unusual. Dr. Will wants to talk about that with Lucy, but she blows off their therapy session. This is not the first time she has done that.

A short time later, Lucy learns that Nana died while she was with Mark. At the funeral, Lucy has a breakdown and decides to leave Drew for Mark. As she is leaving, she asks Iris if she wants to come with and she says yes. Now living at Nana’s house, Lucy goes to Mark, only to find out he is in quarantine while he prepares for his next mission, which is launching in a few days. After his mission begins, Lucy is called into the office of her boss Frank Paxton (Colman Domingo). He tells her that due to the near-drowning and the fact she is blowing off her therapy sessions, she is grounded. But she will be able to compete for the next mission that requires her expertise, but that’s not scheduled for another three years. Due to her ever-increasing paranoia, Lucy begins thinking that she was grounded for other reasons. That night, her theory is proven correct when Lucy breaks into Mark’s computer and finds several e-mails from him to Erin, which show that the two of them are also having an affair. She also sees an e-mail from Mark to Frank saying that Erin and not Lucy should be considered for the mission due to Lucy’s increasingly erratic behavior.

Upon learning that Erin has indeed be selected for the mission, Lucy finally snaps. After learning that a now-returned Mark and Erin will be taking a vacation together in San Diego, Lucy decides to go there and confront him about the affair with Erin, and Iris says she’s coming with. While at a grocery store, Iris gets food and water for the drive to San Diego while Lucy picks up other things, including a wig. While Lucy is filling up the gas tank, Iris finds a loaded gun in the glove box that used to belong to Nana. Realizing what may happen once they get to San Diego, Iris hides the gun. While driving there, Lucy starts hallucinating conversations with Nana, and she also leaves rambling messages to Drew and Frank.

Lucy and Iris arrive in San Diego right as Mark and Erin’s flight lands, so Lucy tells Iris to stay in the car while she follows Mark to the rental car lot. Lucy goes for the gun and is surprised to find it’s not there. She instead grabs a can of bug spray, puts on the wig, and chases after Mark. Once in the parking lot, Lucy tracks down Mark and demands he end the affair with Erin. As they are fighting, Erin appears, and Lucy attempts to blind Mark with the bug spray. He then drives off, and Erin runs away as well, just as Iris appears. She says she’s sorry just as the police arrive. After a brief chase, they apprehend Lucy. While searching her car, the police find many tools and weapons in it, including Nana’s gun.

The final scenes take place three years later, when the mission Lucy could have competed for is about to launch. Lucy, no longer an astronaut, is now a beekeeper. She wears a beekeeping suit similar to what she wore with NASA, and after harvesting some honey, takes off the protective hood and allows the bees and a nearby butterfly to fly around her. We also learn that Iris is once again living with Drew, and it’s implied that he and Lucy have divorced. 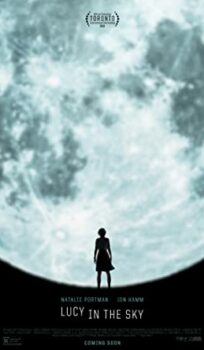