Macbeth (Orson Welles) thinks himself invincible because the witches prophesied that he cannot be vanquished in battle until Birnam Wood moves against him, and that he cannot be killed by “one born of woman.” Malcolm (Roddy McDowall) and his army attack Macbeth, camouflaging themselves behind branches and making it appear as though Birnam Wood is moving. As Macbeth’s army deserts him, he meets Macduff (Dan O’Herlihy) in single combat. Macduff scoffs at the prophecy, announcing that he was “from his mother’s womb Untimely ripp’d” (i.e., not “born,” but delivered by Caesarean Section), and kills Macbeth. Malcom is crowned king.

This is only the most famous adaptation of Shakespeare’s play. It was also used as the basis for Throne of Blood and Scotland, PA. 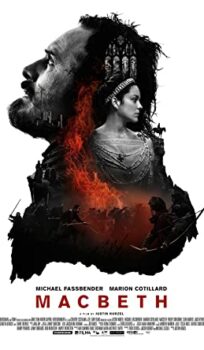