Eventually, Bibiane (Marie-Josée Croze) confesses to Evian (Jean-Nicolas Verreault) -the son of the fishmonger who she accidentally killed with her car earlier in the film, and whom she had fallen in love with- that she was responsible for his father’s death.  Although this is a shock to him, he nonetheless forgives her.

Later, she helps Evian through his father’s possessions and, in the final scene, they are both seen together sailing to Lofoten, Norway, to scatter the man’s ashes in the sea. 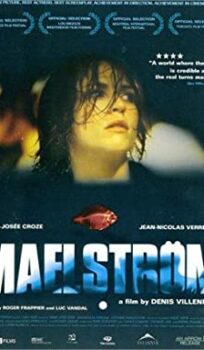