In this sequel to Dirty Harry, “Dirty” Harry Callahan discovers that there is a group of police officers who are dishing out judgement to criminals the judicial system has failed to sentence.

And in the end, it was Lt. Briggs (Hal Holbrook) that was the head of the vigilante group of police officers, and was killed, ironically, by the same bomb that was originally set up to kill Harry Callahan. 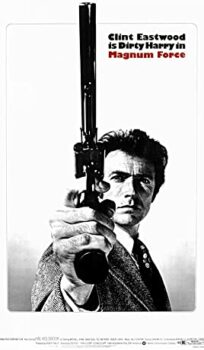