Jake is instructing Rick how to deal with the Chicago hitter at bat but Rick insists he wants former Indian Parkman (David Keith). Jake allows Rick to face off with Parkman by walking the present batter loading the bases. Rick throws his terminator, for strike one. Parkman says “woah the boy’s pumped up, looks like I gotta get serious”. Rick throws a second terminator which Parkman hits foul for strike two. Parkman challenges Rick to throw one more terminator, because he has his timing. Rick throws a 101 mph terminator striking out Parkman. Rick jumps in the air in victory, The Indians are going to the World Series. Rick sees his girlfriend teacher in the stands, offering her students World Series tickets and asks her out again. At first she says no then says yes. 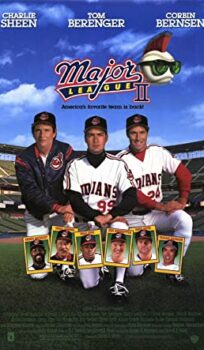