POOPER:
Malcolm (John David Washington) and Marie (Zendaya) get home after the premiere of his new movie and get into an argument because he forgot to thank her. During the course of the argument, resentments bubble up–including that Malcolm used Marie’s own life as inspiration for his script and then didn’t cast her in his movie. He finally thanks Marie as they go to bed.

In the morning, Marie isn’t in bed. Malcolm finds her outside staring into the distance, and he stands next to her.

The fate of their relationship is ultimately unknown. 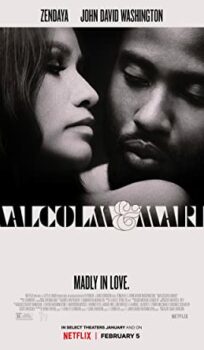