POOPER:
Zod’s intention is to terraform Earth into a new Krypton, starting with Metropolis.

After an epic battle, Superman opens a black hole to banish the Kryptonian invaders, but ZOD manages to stay behind. Zod aims his heat vision at an innocent family, forcing Superman to make a decision. Superman decides this is the one exception to his “no one dies” rule and breaks Zod’s neck.

Clark Kent takes a job as a reporter at the local Metropolis newspaper The Daily Planet.

LONG VERSION:
The Codex, an ancient relic containing billions of strains of Kryptonian DNA, was sequenced into Kal-El’s body by his father Jor-El. When Zod finds out, he aims to extract the DNA from Kal’s dead body after terraforming Earth into a new Krypton by using Jor-El’s invention the World Machine.

Though he has been living on Earth for the last 33 years, Kal-El (given the name Clark by his surrogate family the Kents) is still discovering who he is and the extent of his powers. Jor-El’s artificial consciousness guides Kal.

Kal-El uses this adaptation to his advantage in battling the Kryptonians who are forced to quickly learn how powerful they really are.

The World Machine begins to terraform Earth from opposite sides of the planet. On one side, a deep part of the South Indian Ocean, and the other a major city called Metropolis.

Col. Hardy kamikazes his plane into the main hull of the World Machine while Superman rips through the unoccupied opposite vessel. His Kryptonian escape pod opens a black hole which banishes most of the other Kryptonians back to the Phantom Zone. ZOD is the only one who remains.

ZOD and Superman have it out one on one, intimately ending with Superman head locking ZOD in Metropolis’s largest train terminal.

ZOD tells Kal-El that he must make a decision of which world he wants to sustain, knowing Kal refuses to kill having been taught humanity by the Kent’s and encouraged by Jor-El’s consciousness. ZOD aims his heat vision at several innocent bystanders. The only way to stop him is for Superman to break his neck. Kal screams for having to resort to murder and clings to Lois Lane, whose investigative reporting has discovered but not revealed Kal’s earth identity.

Shortly thereafter, Superman delivers a broken surveillance drone to Gen. Swanwick, telling him that their allegiance must be on Kal’s terms. When Gen. Swanwick asks how they can tell Superman won’t turn on them, he simply responds “We’ll just have to find out on our own” (as opposed to using the ‘I saved the world’ defense).

Visiting Jonathan Kent’s grave, Clark tells his mother that he has chosen a career for himself where he can keep his ear to the ground and work inconspicuously; as a reporter for the Metropolis-based world newspaper The Daily Planet. Editor-in-Chief Perry White introduces Clark to Ms. Lane, who greets him by saying, “Welcome to the planet.” 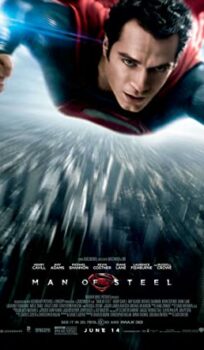