On the eve of the 2008 financial collaspe, a wave of layoffs ensue at a nameless financial firm. One affected is the boss of Peter Sullivan (Zachary Quinto) and Seth Bergman (Penn Badgely), Eric Dale (Stanley Tucci). Dale hands Sullivan a flash drive with something he was working on, telling him to be careful.

Sullivan burns the midnight oil only to realize the unthinkable; the company is mortaged to the hilt and will owe more in losses than the entire company is worth. Sullivan calls back Bergman and Will Emerson (Paul Bettany), another executive to look at the numbers.

Soon enough, other high execs, Sam Rogers (Kevin Spacey), Sarah Robertson (Demi Moore), Jared Cohen (Simon Baker), and CEO John Tuld (Jermey Irons) arrive to deal with the mess. Tuld confers with them and reveals they will knowingly sell off their worthless assets in order to survive. Despite Rogers telling Tuld no one will ever trust or buy from them again, Tuld is firm in this decision.

In the end, Rogers agrees to do this, telling his traders they will recieve large bonsues for hitting a 93% sell off of their assets due to the actions that will more or less end their financial careers. At the end of business that day, even more traders are let go to Roger’s shock.

Sarah Robertson is fired by Tuld as a sacrificial lamb to the board. Eric Dale is brought back for the day in excahange for his silence, and he and Robertson sit in her office making over a million dollars each for doing nothing. Also implied but not shown, is the firing of Seth Bergman. Peter, meanwhile has been promotoed.

Sam confronts Tuld on their actions and wants to resign. Tuld is unremorseful for what they have done, saying that this is just another financial bubble and part of the economic system. Rogers agrees to stay on but only for the money.

The film ends with Rogers burying his cancer stricken dog at his ex-wife’s house. 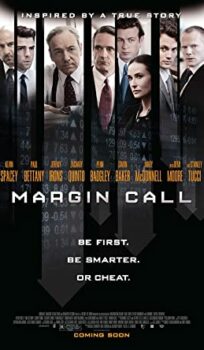