Marie Antoinette (Kirsten Dunst) leaves her native Austria to marry Louis XVI (Jason Schwartzman), the future king of France.  When King Louis XV (Rip Torn) dies of smallpox, the young couple is thrust into leading France with little experience or confidence.  Although Louis is kind to her, it takes years for them to consumate their marriage and produce heirs.  Tiring of the confines and strict protocol of Versailles, Marie Antoinette spends most of her time in a small palace given to her as a gift by Louis XVI after producing their first child, a daughter named Marie-Therese.  While Louis struggles to rule France, Marie spends much of her time on spending money, indulging in fashion and gambling, and even takes a lover.  When Marie Antoinette eventually does return to Versailles to be with her husband, she learns that the French citizens are poor and starving and have a growing hatred for the royal family.  After French revolutionaries storm the Bastilles, Marie Antoinette faces the angry mob from her balcony and bows her head to them, signifying her courage and accepting blame for their discord.  The mob then storms Versailles and escorts the royal family from the palace.  In the closing scene, Marie Antoinette is silently saying good-bye to her beloved Versailles and the glamorous life she led. 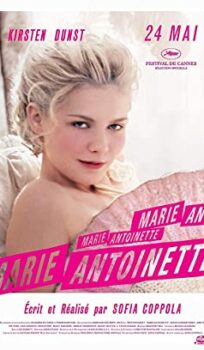