Pat would not consider divorce but doesn’t know what to do.  Harry decides to murder Pat instead of divorce.  Harry switches Pat’s stomach medication for some poison.  The day that Kay dumps Harry is the same day that Harry switched Pat’s medication.  Once Harry loses Kay he realizes more than ever that he needs Pat.

He rushes home to her.  He switches the bottles unsure if Pat is dead or not.  Out of breath, Harry opens the bedroom window.  He sees a half-naked man running from his house.  This incident changes both of their lives.

Richard and Kay are married a year later.  Harry and Pat are still together. 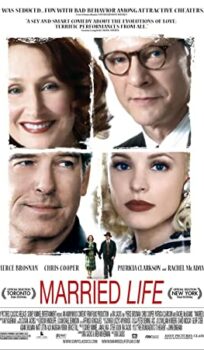