When Max Payne (Mark Wahlberg) confronts Jason Colvin (Chris O’Donnell) about his wife’s death, Jason reveals the truth; that Aesir was the source of the Valkyr outbreak as it once was a military drug that has terrible side effects involving hallucinations involving winged devils. Max’s wife had accidentally found out and that’s why she was killed.  Colvin is soon killed right after this reveal by corrupt Aesir security forces.

Later, believing that Jack Lupino (Amaury Nolasco) was the third man responsible for his family’s death, goes to confront him, only for B.B. (Beau Bridges) to kill Lupino. We quickly discover that B.B. was the third man.  He tries to kill Max who escapes. Max takes two hits of Valkyr to recover his strength and goes to Aesir to kill B.B.

With the help of Mona Sax (Mila Kunis), Max kills Aesir security forces then confronts B.B. who has been left to die by Nicole Horne (Kate Burton) the CEO of Aesir. Max kills B.B. and waits for the police to take him into custody though thanks to the work of Jim Bravura (Chris “Ludacris” Bridges) he has been cleared in the deaths of Natasha (Olga Kurylenko) and his old partner Alex Balder (Donal Logue).

A post credit sequence shows Max entering a bar where Mona has been waiting for him. She shows him a newspaper that tells Aesir stocks had soared (The Valkyr messed had somehow been buried and Nicole Horne is more powerful than ever). Max looks at Mona and realizes they aren’t done yet. 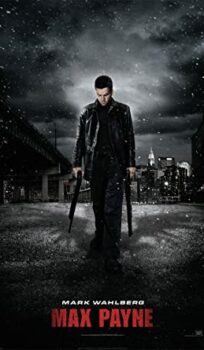