After the first day of the Intercamp Olympiad between Camp North Star and Camp Mohawk, the latter camp leads 170-63, having won most of the events through cheating. That night, as all of the North Star campers and counselors are sulking in the main lodge, Tripper (Bill Murray) delivers a rousing speech telling everyone that “it just doesn’t matter” whether they win or lose, and he gets everyone to chant those four words in unison.

On the second day, the re-energized Camp North Star wins every event, and they end up just ten points behind Camp Mohawk going into the final event: A four-mile marathon that is worth twenty points. Because Jackie (Margot Pinvidic) injured her leg on the first day due to a Camp Mohawk cheating tactic, someone else needs to fill her shoes as the runner. Tripper nominates Rudy (Chris Makepeace), a kid he befriended, for the task, and the camp director Morty (Harvey Atkin) allows it. The mornings Rudy spent jogging and training with Tripper help him immensely, and he just manages to reach the finish line first, winning the twenty points and giving Camp North Star its first Olympiad victory in the event’s thirteen-year history.

The next day, summer camp comes to an end, and Tripper invites his new girlfriend Roxanne (Kate Lynch) to come and live with him, and she accepts and they kiss. They then get on Tripper’s motorcycle and lead all of the buses out of the camp, and Morty is last seen waking up in his bed on a raft in the middle of the lake, another prank on him by Tripper and the other counselors. 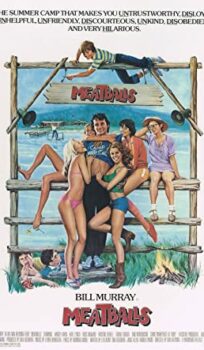