Harold Grierson (Greg Dunham) IS NOT THE WOLF.

Dr. Robert Parker (William B. Davis), who kills Grierson, is. Neglected by his mother and physically and mentally abused by his father as a child, Parker snapped and began killing young adolescent girls. Grierson, was taken under his tutelage as a disciple and patsy, to eventually allow Parker to blame everything on him.

After leaving Dr. Jamie Morgan (Brigitte Kingsley) to drown trapped in a cage, and her estranged husband Johnny (Andrew Cymek) heavily wounded, Parker races after Sabrina (Kristina Miller) to silence the final witness to his reign of terror. Johnny recovers enough to pursue and when Parker lets his guard down trying to get at Sabrina, Johnny impales Dr. Parker with one of his wolf claws. Johnny then proceeds to tear out his heart, getting revenge for the murder of his sister. He then goes back and saves Jamie from drowning with only seconds to spare.

Johnny, Jamie, and Sabrina are the only survivors and the film ends with them escaping the mental hospital. 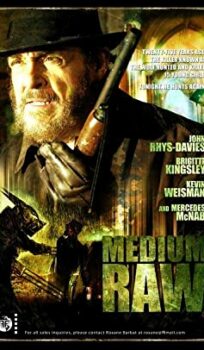