After many hardships, Brenda( Angela Basset) finally gets a break, she moves down to Georgia and into the house her father left her in his will. She ends up marrying Harry (Rick Fox) while her son Mike (Lance Goss) joins the NBA.

Finally after making a quick cameo Madea (Tyler Perry) ends up getting hauled off to jail thus settting up Madea Goes To Jail due to be released sometime in 2009. 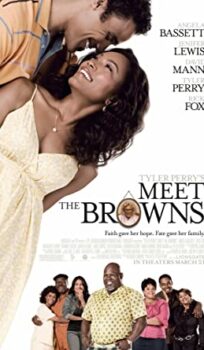