Jack (Robert De Niro) injects Greg (Ben Stiller) with truth serum at his engagement party. While making a speech, Greg tells everyone that he thinks his future mother-inlaw Dina is attactive, that he’s the father of Isabelle’s son Jorge, and he also reveals to Jack that Pam (Teri Polo) is pregnant.

The next morning, Greg learns that he’s no longer in Jack’s circle of trust. The family discovers what Jack did, when Jack learns that everyone else knew Pam was pregnant, he decides he can’t trust anyone and drives off.

He receives a call from his CIA contact who tells him the Greg is not Jorge’s father. Jack, realizes what a jerk he has been to everyone. Greg and Bernie (Dustin Hoffman) follow Jack, only to get pulled over and arrested for speeding. Jack arrives to intervene, only to get arrested as well.

In jail, Jack reveals the truth to Greg. Before being released on orders of Judge Ira, who of course is one of Roz’s (Barbra Streisand) sex therapy clients, Greg, Bernie, and Jack work out their differences and agree that Greg and Pam should get married on the weekend. Jack says he has a minister picked out, and it turns out to be Kevin, Pam’s ex-fiance from the first movie. Pam and Greg marry, and during the reception, Jack and Dina head off to the RV to rekindle their sex life.

In the deleted scenes on DVD, Kevin and Isabelle hook up, Greg gives his father a “world’s greatest dad” trophy, and Jorge is united with his biological father 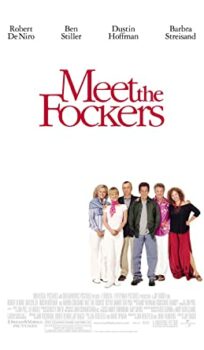