Nick Halloway (Chevy Chase) tricks David Jenkins (Sam Neil) into falling to his death by grabbing what he thinks is Nick himself, which turns out to be just his coat.  He grabs the coat and falls over the edge of a building.  Since Jenkins was already something of a rogue agent, his supervisor just wants the whole thing swept under the rug.

The final scene is a still invisible Nick skiing and a pregnant Alice (Daryl Hannah) living happily ever after. 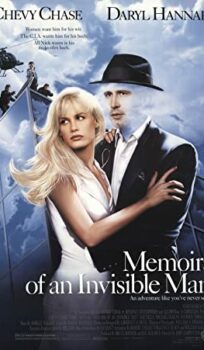