Getting Even with Dad

Alex Lewis (Liam Neeson) is an aging hitman who is slowly succumbing to Alzheimer’s disease. Pressured by his bosses into doing another job, he finds out one of his targets is a 13-year-old girl who had been prostituted by her own father. Alex angrily refuses and orders the contract be called off or he will rain retribution on those responsible.

The girl is murdered regardless and Alex becomes a target, so with the last ounces of his skills, he begins cleaning the house, killing everyone involved in the abuse and murder of the girl. He attempts to kill Davana Sealman (Monica Bellucci) who was covering up the crimes of her son Randy (who Alex killed). However, Alex ultimately fails due to forgetting to put the firing pin back into his gun.

Alex is ultimately killed by the police, but not before giving honest FBI agent Vincent Serra (Guy Pearce) a clue to locate evidence to put Davana in jail and get justice for the dead girl. Vincent recovers it but learns his bosses find it circumstantial at best with Alex now dead. Furthermore, they believe Davana is so untouchable that all the evidence would not matter. Vincent calls his bosses cowards and is suspended.

Vincent goes out drinking with his teammate Linda. That same night, a masked man kills Davana at her home. As Vincent pays for the drinks, he sees the news of Davana’s death and realizes Linda gave him an alibi. As it turns out, Hugo, a Mexican officer on loan to the FBI and Vincent’s teammate, killed Davana, to make sure she would not escape justice. He then returns to Mexico. 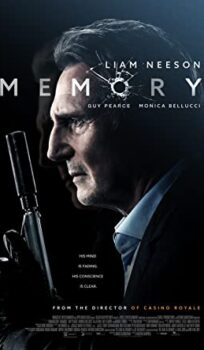