Connie is a closet alcoholic, and killed Marty Hallard’s (Marla Gibbs) husband in a hit-and-run accident years ago. One day, under the influence of alcohol, she accidentally told Paula (Morgan Fairchild) about it. Paula used this to blackmail Connie; thus Connie wanted to kill Paula. Connie used Susan’s “secret” sandwich recipe (from a magazine) for the party to make a similar sandwich but with poison, which was accidentally given to Jan (Robin Mattson), whom everybody hated anyway. The second attempt on Paula, with the poisoned sugar, was successful. Susan solves the mystery because she finds “her” recipe in Connie’s trash while visiting her. Detective Joe Russo (Ed Marinaro) solves the mystery too, when he finds Connie’s DUI file. Connie is arrested, and Susan’s husband (Douglas Barr) tells Susan that he loves her, and they reconcile despite Susan having exchanged a kiss with the detective a few days ago. 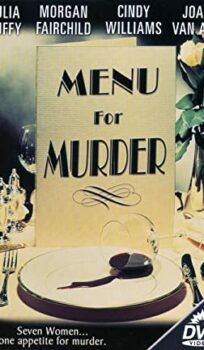