Grace (Eva Amurri) and Taylor (Willa Holland) find out their mother Rhonda (Susan Sarandon) had an affair with their uncle and basically stole all the money their dead father left for them. Grace is livid and Taylor cuts off her hair to finally end her mother’s ridiculous push for her to be a model.

Dorian (Anton Yelchin) goes through several tribulations during the summer. He meets his birth mother and learns he was given up for adoption due to religious reasons. He becomes heartbroken when Grace chooses Ben (Justin Chatwin) over him despite showing how much he cares for her. His uncle finds his the pot he was selling and throws him out.

Grace sleeps with Ben but learns a harsh lesson when he returns to an old girlfriend, proving Dorian’s point that he was a self absorbed rich kid that didn’t care about her. She is saddened over this mistake and that she lost a potential shot with Dorian.

Dorian buys Grace’s car, giving her his cut from the pot sales so she can go to college noting “How many people have done something actually good for you?” (referencing her mother and Ben). He leaves the town but promises to come back next summer. Their relationship is left open ended. Grace and Taylor go home and begin to mend their relationship with their mother. The film ends with an open interpretation as Dorian goes home to his adopted parent’s house, deciding whether or not to go in. 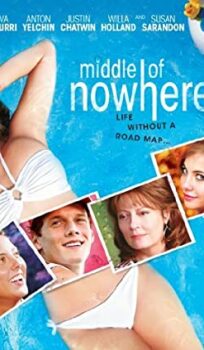