Following a history of child abuse which climaxed in seeing his little sister being butchered with a knife by his alcoholic mother, Justin (Mark Hamill) is seriously disturbed…slaying anyone who either offends or hurts him.

A night of bloodshed, carnage and destruction in which Justin slaughters fourteen people, six being police officers, he makes it back to the hospital where his shrink lives with Lara in tow. As he starts giving her electroshock therapy (so she’ll come around to liking him), Lawson (Michael Dudikoff) intervenes and in the ensuring fight Justin is sent on fire, then electrocuted. As Lawson is making up with his wife, a still living Justin attacks them, only to be shot by Lawson with a concealed gun revolver. 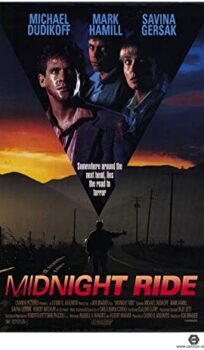