Watches reveal the time of each elaborate murder, and one by one the FBI agents are gruesomely picked off. Sara (Kathryn Morris), the only agent who actually tries to profile the killer, figures out his obsession with time and that the killer has profiled them – learning their fears and weaknesses to devise his method/opportunity of murder. Sara, Gabe (LL Cool J) and Lucas (Jonny Lee Miller) are the last three agents alive. Lucas is “killed” trying to save Sara. Gabe and Sara fight, with Lucas appearing at the last moment to save her (he was wearing a bullet proof vest when he was shot the first time). Lucas and Gabe fight, and Sara saves Lucas by hitting Gabe in the head with the fire extinguisher. Sara reveals to Lucas that she turned the clock back 15 minutes to outwit the killer, and put luminescent powder on the clock (knowing the killer would be compelled to correct the time). Sara scans Gabe’s hands – they don’t glow but Lucas’s do. He admits killing his parents when he was 10 and says that killing isn’t difficult–finding a worthy victim is. He has been stalking Sara and tells her that he is her weakness. They fight, Sara confronts her fear of water and she shoots him in the head. Gabe (who survived the hit with the fire extinguisher because Sara “hits like a girl”) and Sara are rescued. 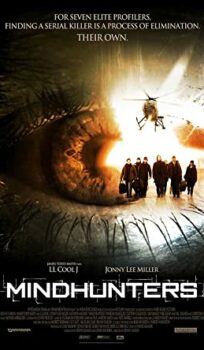