The man murdered by Hector at the start of the movie is a former WWII Italian rebel, Rudolfo. He was a traitor working for the Germans. During the war he led them to a village where the Italian rebel leader Peppi was supposed to be. Not finding Peppi, the Waffen-SS murdered every man, woman and child in the village. The little boy Angelo who the black soldiers found at the beginning of the movie was the only survivor, helped to escape by Brandt, a German soldier sickened by the evils of the war.

The Germans attack the town where the American soldiers are hiding and massacre everyone. Only Hector and Angelo survive, and Rudolfo runs off after murdering Brandt, Peppi and nearly killing Hector. A soldier is about to shoot the wounded Hector but at the last minute a German officer, also sickened by the evils of his own countrymen, orders the town vacated and gives Hector a Luger to defend himself with.

In 1984, where the movie first began, Hector uses that same gun to kill Rudolfo.

Angelo survived the war and became a millionaire inventor. He uses his vast fortune to higher a high-priced attorney and get Bishop acquitted of all charges. The two men have a tearful reunion on a beach in the Bahamas. 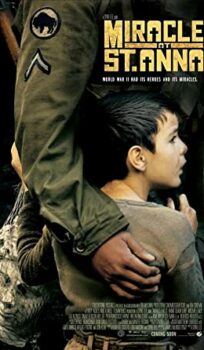