Arthur Denning (Anthony Hopkins) and Charles Abrams (Al Pacino) had been conspiring for years. Abrams would throw cases related to Denning in exchange for bribes. The latest case, and settlement, was just another carefully orchestrated deal. Ben Cahill (Josh Duhamel) discovers Abrams’ corruption and that he sent a terminally ill assassin, The Accountant (Byung-hun Lee) to silence Amy Campbell, Ben and his wife Charlotte (Alice Eve).

Ben is forced to kill the assassin then confronts Abrams over setting him up. Police arrive and Abrams says he will bury Ben. However, the police are actually there to arrest Abrams. Abrams grabs a gun from a cop and kills himself rather than go to jail. It is inferred that Denning will go be arrested and go to jail for his crimes.

As Ben and Charlotte are at home, packing up to move, Ben realizes that his wife was the one who actually killed Emily (Malin Akerman). Charlotte admits to it, though stating it was an accident after a fight gone wrong. Ben accepts her explanation (feeling guilty about starting the whole mess in the first place, as he got the information about Denning from her) and goes back to packing up the house. 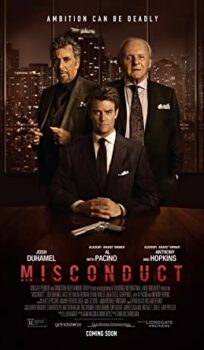