June Allen (Storm Reid) has a strained relationship with her mom, Grace (Nia Long), ever since the (supposed) death of her dad, James. Grace goes on a vacation to Colombia with her boyfriend Kevin, but they don’t return when June is supposed to pick them up. Fearing for her mother’s whereabouts, she gets help from FBI Agent Elijah Park, her best friend Veena, and a GoNinja employee in Colombia named Javier Ramos.

After June learns that Kevin used to be a con man that scammed other women out of their money, video footage surfaces of what appears to be Grace and Kevin being kidnapped. Further evidence shows that Kevin faked Grace being with him and that she never left Los Angeles, to begin with. June also learns that Grace had a hidden past that was sealed in a court case file. When June tries to go to her with more questions, Heather turns up murdered. Kevin is also located in Colombia but is shot and killed by police before he can be brought in.

Just as June is ready to give up, she finds security footage through Grace’s email of what happens to be her old childhood home. But the big twist is that her father, James is not only alive, but he was an abusive drug addict, which forced Grace to send him to prison and keep him away from June. James kidnaps June and brings her back to the house where he had been keeping Grace. Grace manages to briefly break free and subdue James to go protect June, but James gets to them and shoots Grace. As he goes for June, Grace stabs him in the neck. James locks them in the room, but he succumbs to his wound before he can get help. June uses Siri from the security system to call for help, allowing police to locate her and Grace and get them help.

After June and Grace are brought back to safety, they keep in touch with Javier and begin to repair their relationship. 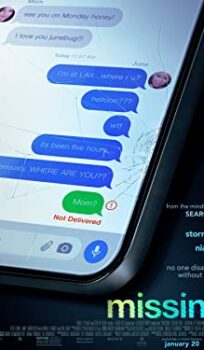