Lee (George Clooney) begins to sympathize with Kyle (Jack O’Connell) after Kyle has a disastrous conversation with his fiance during which she does nothing but belittle and insult him.

SWAT plans to storm the building, and shoot Lee in the side in order to deactivate the bomb. Patty (Julia Roberts) warns Lee and he manages to duck just before the shot goes off. He then teams up with Kyle, using Kyle as a shield so the police can’t shoot the bomb, and the two go across town to confront Walt Camby (Dominic West) about all the money he lost for his company.

Patty, with the help of a few other people, figure out that the lost money was not the fault of a computer program as Camby’s company has been claiming, rather Camby has been involved in some highly questionable and illegal business practices. He had helped fund a strike at a mine in Africa, so the shares would drop, he would buy into the company, and then use more funds to call off the strike, raising the value of the shares he’d just bought. But the strike leader had refused to end the confrontation, and Camby had lost all the money. Nor was this the first time he used underhanded practices to make money for his company, this was only the first time he’d failed.

Lee and Kyle confront Camby. Scared for his life, Camby admits to everything on camera. Kyle then lifts his finger off the detonator to make the police think he was about to explode the bomb (even though on the way over to see Camby, Kyle admitted to Lee that the explosive was a fake and he had never actually intended to kill anyone) and the police shoot him dead.

Later, the news reports that Camby is facing charges, and it’s implied Patty will mostly likely keep working with Lee. 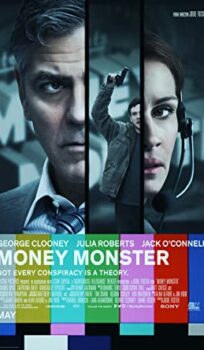