One day, Alan (Jason Beghe) notices his hand momentarily moving on its own, so he goes to see a doctor about it. Over the course of two visits, he learns that his paralysis was not caused by the car accident, but by a congenital problem with another one of his vertebrae, which the arrogant doctor Wiseman (Stanley Tucci) failed to notice in surgery. The doctor explains that this congenital problem could be fixed through spinal surgery, which would allow him to walk again, but since that kind of surgery was risky, he’d only do it if Alan could move any of his body parts voluntarily.

Angry with Wiseman for both stealing his girlfriend Linda (Janine Turner) from him and for his incompetence, his anger gets into his monkey Ella through their telepathic bond, and it results in her killing both Wiseman and Linda. Realizing now that Ella is bad news, he has Geoff (John Pankow) take her back to his lab. However, she eventually gets out and goes back to Alan’s house, where she kills his mother Dorothy (Joyce Van Patten) since he had long perceived her to be overbearing.

Geoff shows up after that and tries to kill Ella with one of two poison-filled syringes he brought, but Ella sticks him with one of them, killing him. As this happens, Alan’s love interest Melanie (Kate McNeil) calls the house. Though Alan manages to answer the phone, Ella gets a hold of the receiver and makes screeches into it, prompting Melanie to come over to check on Alan. When she arrives, Ella knocks her out. Before Ella can kill her with the other syringe, Alan manages to make his hand move and turn on the tape player, which plays the romantic music Ella likes. Ella drops the syringe and comes up to Alan and cradles his head. As she does that, he clamps his teeth down on her neck and proceeds to violently thrash her around until she dies.

Alan undergoes the spinal surgery, and he is last shown walking with the aid of a crutch. 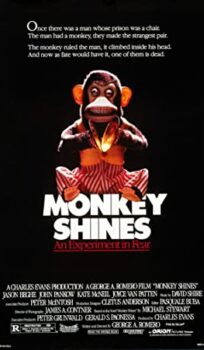