Two backwoods cajuns find the partially eaten body of a young woman in the bayous.  The doctor determines she was killed by a blow to the head, and guesses that wild dogs came after and ate the body.  Her brother Lawrence knows she was having an affair with an unknown rich man, and is sure the rich guy killed her.

The police suspect Lawrence, who admits he had a fight with her the night she died.  When Lawrence learns that the affair was with the doctor, he attacks the doctor.  Lawrence is put in jail.  That night, something bends iron bars to break into the jail and kill Lawrence and the deputy.

The sheriff needs help, but all the men are afraid of what could have bent iron and killed the armed deputy.  The only volunteer to help is Andrew Rodanthe, the last son of the wealthy family that first settled the area.  They go to see Lawrence’s father, and Andrew becomes very ill when he is exposed to the garlic and other herbs that were put out to ward off evil.  That night in the hospital, Andrew turns into a werewolf and attacks the doctor.  He is seen by nurses and orderlies, but the sheriff refuses to believe there is a werewolf.

The sheriff goes out to the Rodanthe mansion, where the sister Louise has been doing research in the family library.  She is convinced her brother is a werewolf and it may be a hereditary condition passed down in the family.  An old cajun has predicted that Louise will be the next victim.  They hear the howling of a wolf in the night, and the sheriff goes out to investigate.  The werewolf breaks in and chases Louise to the barn.  She locks the barn door and throws a lantern, burning the barn down.  She thinks she killed him, but the howling resumes.  Louise runs upstairs to where the family keeps a gun loaded with silver bullets (Doesn’t every family keep one ready for just this sort of emergency).  Louise shoots and kills the werewolf.  The sheriff returns, and they see him turn back into Andrew. 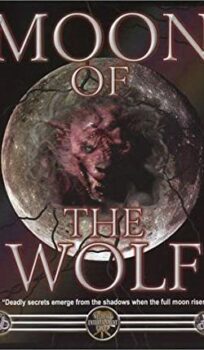