Johnny (Danny Aiello) decides not to marry Loretta (Cher), because he still feels his elder mother’s influence on him.  At the same time, Rose (Olympia Dukakis) lets Cosmo (Vincent Gardenia) know that she is aware of his affair with Mona (Anita Gillette), and asks him to stop seeing her and go to confession; he hesitantly agrees, because they still love each other anyway.  Then, Ronny (Nicolas Cage), who had come to openly confess his affair with -and love for- Loretta, stands up and propose to Loretta, at everyone’s amazement, to which she says “Yes”.  However, Johnny never got to know about the affair.

The movie ends with a collective toast “per la famiglia” (to the family)!! 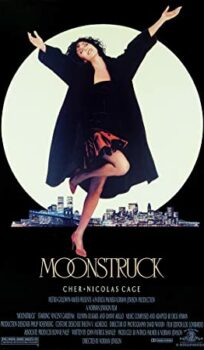