While the car is dangerously hanging over the cliff and Callie (Joanne Whalley) is trying to save Kes (Luke Edwards) by pulling him out through the window, she loses balance and falls sideways, but Kes grabs her hand. Jude (Jamie Lee Curtis) decides to step in and climbs over the car’s roof, telling Kes to let go of Callie and let herself grab her -with the underlying intention of letting go of her “because she couldn’t hold her, or something”-, while Callie begs him not to. Kes finally obliges and releases Callie at the same time that Jude grabs her hand; however, although Jude does let her go, Callie manages to hold herself onto the door’s window. This shakes the car abruptly, causing Jude to fall off the roof and down the cliff, to her death, at Luke’s horrified sight.

Later, at the hospital, while waiting to know about his wounded kid brother Ben (Joey Zimmerman), Kes walks into a room where Jude’s body lies, covered by a blanket. When he uncovers it, she shows behind him and, at the same time, she wakes up and grabs his hand… But it was all a post-traumatic vision (and an intended cheap scare to the audience, for that matter). His father holds him and comforts him, while the camera pans at his face, showing a creepy expression of shock and confusion; and the movie ends. 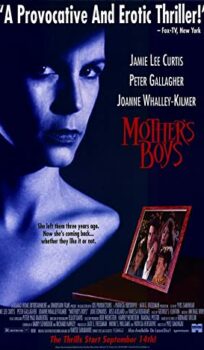