Beth Sohapi (Jaime King) has been keeping the Koffin’s stolen loot so she could use it to run away with her newborn child. Since following the death of their first born son in a hit and run, her husband, Daniel (Frank Grillo) has been involved in an affair with one of her friends (who is one of the guests being held captive).

After volatile trigger happy Addley Koffin (Warren Kole) blows guest Daniel (Tony Nappo) away (messily putting a huge hole in his head), the remaining captives gang up on him and brutally stab him to death with a set of steak knives. When Natalie aka “The Mother” (Rebecca De Mornay) finds him dead, she (naturally) goes berserk and starts trying to kill her captives, fatally shooting Daniel in the process.

When her eldest Izzak “Ike” (Patrick Flueger) returns having shot a local cop in the head (along with making two girls kill each other), he joins her in avenging his murdered brother, only to wind up getting his head crushed by Beth with a dropped stack of shelves. “Mother,” seeing her first born dead, sets her house on fire before seemingly dying in the flames after a fight with Beth.

In the confusion, Nat’s youngest son (who had been wounded in a robbery) Johnny (Matt O’Leary) and his sister Lydia (Deborah Ann Woll) escape in their RV after shooting George Barnum (Shawn Ashmore) the captive doctor guest, even though George had been caring for John and even saved his life by restarting his heart after John had stopped breathing.

Nine months later, Beth is in the hospital giving birth. That night a security guard finds a woman stealing Beth’s baby before being stabbed repeatedly in the neck by her male accomplice, both of whom turn out to be Johnny and Lydia. As Beth screams on finding her child gone, Lydia and Johnny flee into the night with their still living mother cradling the baby.

It’s strongly implied that Natalie is barren, thus making her a baby snatcher, since none of her supposed offspring look alike or have any resemblance to her. 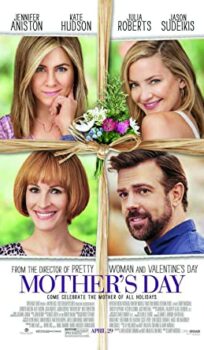