SHORT VERSION:
Clyde ends up quitting the furniture store due to his boss Wilf using him to perform a vehicle insurance scam, plus Wilf refuses to let him have the coming weekend off so he can entertain his visiting children and he just simply feels like he can’t bear working there anymore since his friend and co-worker Cedric quit and then moved away to North Carolina. Clyde also tells Wilf that he wants a reference letter (he needs it because he wants to work for the city, due to the better pay and less physically demanding workload), saying that he has earned it. Wilf promises to write him a glowing letter of reference and gives him a nice severance check as well as the bunk beds in the showroom for his kids.

Clyde later gets hired by the city to be a road maintenance worker, thanks to Cedric putting in a good word for him to one of these workers before he left.

LONG VERSION:
As A.J. (Gabriel Hogan) and Clyde (Will Sasso) are out getting food for Wilf’s (Victor Garber) birthday party one day, A.J. tells Clyde that he is going to the Palace Nightclub that night, since Dennis (Donny Harris) is performing a gig there with his band, and he plans to beat him up once his set is finished because he believes that Dennis was the one who told Wilf that he was drinking on the job (though Clyde was really the one). Clyde argues with A.J. about his plan, and A.J. – distracted and partially intoxicated – ends up swerving to avoid an oncoming truck and plows their moving van right into three parked cars. He flees the scene while a panicked Clyde calls Wilf and Linda (Gabrielle Miller) and lets them know what happened. Wilf tells Clyde to pull the insurance papers out of the van and then go home and destroy them and not say a word about what happened to anyone, and then he and Linda call the cops and report the truck as being stolen. A Detective Hopkins (Bill Carr) comes to the furniture store, and the two of them tell Hopkins that they had earlier laid off A.J. for his multiple issues and he must have stolen the truck as a means of getting some form of payback on them, and they don’t mention Clyde at all.

Clyde runs back home with the papers, and shortly after getting there, A.J. appears. Clyde tells him about what Wilf wanted him to do and then shows him the papers, which he takes. He then heads down to the Palace for Dennis’s show, with Clyde following, and true to his word, A.J. slugs Dennis after his set is over. To prevent things from escalating, Clyde admits to A.J. that he was the one who told Wilf that he had been drinking. The bouncers throw A.J. out of the place, and later, Clyde asks Dennis if he can join him and his band on their post-gig get-together that they’re having, but Dennis gives him the kind yet distinct brush-off, no doubt because he feels upset that Clyde almost had him take the heat for his narking. Clyde takes a lonely walk to the furniture store and sleeps there overnight.

Linda wakes Clyde up the next morning, and he hurries down to the bus depot to see off his friend Cedric (Charlie Murphy) and his wife before they leave for North Carolina, despite Linda wanting him to stay to talk about the van accident. After returning to the store, Clyde learns from Dennis and Linda that A.J. was arrested after last night’s altercation, and Linda was only able to get him part of the coming weekend off, which he needs completely off because he is supposed to have a combined birthday/Christmas party with his twin children. He soon has a chat with Wilf, where he expresses his dislike over how Wilf had used him. Linda asks if he destroyed the papers like Wilf requested, but he admits that A.J. took them from him before he could do that. When Wilf and Linda still won’t give him the weekend off, Clyde decides that he has reached his limit with everything and tells them that he is quitting and wants Wilf to write him a good reference letter (he needs it for a street maintenance worker job that has opened up, and he had always wanted to work for the city because of the better pay and less physically demanding workload), saying that he has earned it.

Detective Hopkins then comes in and informs Wilf and Linda about A.J.’s arrest and that the papers were found on him, and A.J. had told the arresting officers that Wilf and Linda requested that the papers be removed and destroyed, so now he is here to question Wilf about that. As Linda chats with Hopkins about it, Wilf tells Clyde that he will write a glowing letter of reference for him, and then gives him a nice severance check as well as the bunk beds in the showroom for his children. Clyde bids farewell to Wilf and Linda and leaves them to sort out their issue.

As Clyde is having a wonderful time with his children that weekend, he gets a call from Joey (David Rossetti) – a street maintenance worker that Cedric had spoken to after his last day at the furniture store and put in a good word for Clyde – asking him to come down to his office tomorrow to discuss working for the city. The last scene shows a smiling Clyde “working” with a road crew, drinking coffee while turning a Stop/Slow sign. 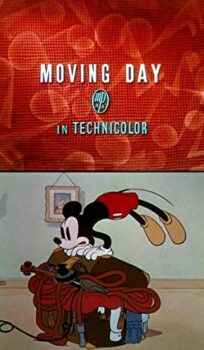