SHORT VERSION:
Gus and Leonora end up falling in love with each other again and remarry. Gus also joins his friends in becoming a part-owner of a bowling alley that they all worked to restore and reopen, and the place becomes successful.

One day, Gus and his friend Pope (David Barry Gray) get into a horrible accident at work that sees Pope suffering a near-fatal electrocution and Gus sustaining only minor injuries while rescuing him. Leonora visits Gus in his hospital room while he is sleeping and begins to cry, showing that she still loves him as well. Rita – who was sleeping in a chair next to Gus while keeping watch over him, since she works as an orderly there – then wakes up and has a conversation with Leonora, during which she tells Leonora that she and Gus split up.

Leonora visits Gus after he checks out of the hospital, and she tells him that Dominic told her recently that he wants to marry her and have children with her, but she responded that she needed time to think about it. Gus tells her that he is happy for her, though his statement is laced with ill-concealed disappointment, so she soon leaves. A day or two later, Gus sells his prized Corvette to get the money needed to become a part-owner of the bowling alley that Pope and their other friends have been working to restore and reopen, and he gives them all this news when they stop in to visit Pope after he has awoken from his coma. He also tells them that Leonora will be tying the knot with Dominic soon, which will free him from making any further alimony payments to her, but Dante’s (Bruce Kirby) wife Loretta (Joanna Merlin) asks him if that is what he truly wants.

One night, Leonora goes into the square of her apartment area and is met with a bunch of beautiful lights strung along the trees and on her plants. Gus comes out and soon tells her that he loves her, and he felt that the best way to show it was with these lights. She informs him that Dominic is just parking the car and will be appearing shortly, and he says he loves her because he knows she doesn’t love Dominic, then tells her to look him in the eyes and say that she loves Dominic. Leonora reacts with a conflicted form of denial, so Gus tells her to go ahead and get hitched with Dominic before heading out the gate. Dominic shows up seconds later and says that he overheard their conversation, then asks her if she can look him in the eyes and tell him that she loves him. The film then cuts to Gus riding the train back home, and suddenly, Leonora appears outside the door of the coach he is in and knocks on it to get his attention when she can’t open it. He goes out onto the coupling with her and they kiss passionately.

As the camera focuses on the exterior of the newly-opened (and already successful) bowling alley, we learn of what became of some of the film’s characters: 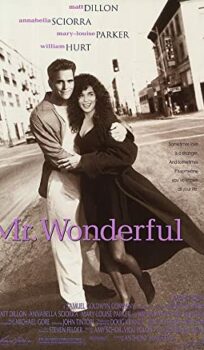