National Security Advisor Alvin Jordan (Alan Alda) arranged the murder of Carla Town, bringing in the assassin into the White House to commit the crime. He then proceeded to frame First Son Kyle Neil (Tate Donovan) in order to force President Jack Neil (Ronny Cox) to resign. He did all this as the new President would allow an attack on North Korea to get captured soldiers home, an issue that Jordan thought President Neil was dragging his feet on.

After Det. Harlan Regis (Wesley Snipes) brings evidence showing Jordan’s culpability in the murder of Carla Town and Secret Service agent Nicolas Spikings (Daniel Benzali), Jordan pulls a gun and fires at the President. Nina Chance (Diane Lane) takes the bullet while Secret Service agents gun Jordan down. A press statement reveals that the assassin was killed (which is true, Nina killed him in a struggle) and that Jordan and Spikings were killed in the process (to cover up Jordan’s involvement in the conspiracy).

Nina survives her gunshot wound and is thanked by the President. Regis is also thanked then proceeds to ask the President about the committee that is threatening to tear his building down, inferring that the President will do him a favor for his work and save his home. 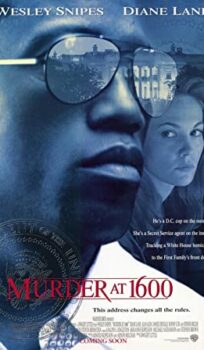