Henri’s trial was successful, and the jury found him guilty of Involuntary Manslaughter instead of First Degree Murder. Henri (Kevin Bacon) was sentenced to three years in prison, back in Alcatraz.

Days before his appeal to be moved to a different prison, his body was found in his cell, with “victory” scratched into the ground.

Seven months after Henri’s case, the Supreme Court ruled that solitary confinement was cruel and unusual punishment, and was banned from use. Alcatraz’s “dungeons” were never used again.

Associate Warden Glenn (Gary Oldman) is found guilty of mistreatment and was banned from ever working in the penal system again.

Alcatraz was later closed permanently in 1963. 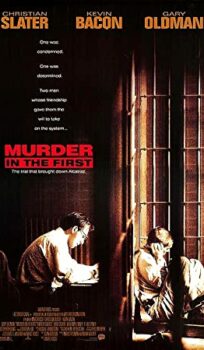