Mutiny on the Bounty

Following the mutiny, Lt. William Bligh and eighteen loyal sailors are set adrift in the South Pacific. They survive seven weeks at sea in an open boat, and eventually make their way back to England. Bligh is court-martialed, but acquitted of any wrongdoing. Meanwhile, the mutineers return to Tahiti. Sixteen of them stay in Tahiti, where they are soon caught and and returned to England for trial. Fletcher Christian and the remaining eight mutineers take the ship and their Tahitian spouses to Pitcairn Island, where they avoid detection. By the time an American whaling ship rediscovers the island 18 years later, all but one of the mutineers has died (the survivor, John Adams, is granted amnesty by the British). 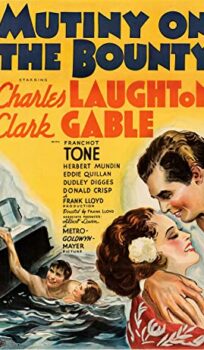