When Nicole (Katherine Heigl) goes out parasailing and is caught on a reef, Andre (Gerard Depardieu) swims out to help her, but he pulls a muscle in his leg along the way and can’t go any farther, and the strength of the current threatens to drown him. Ben (Dalton James) and Tom (Michael Robinson) go out in their motorboat and save Nicole, and when they see Andre in peril, Nicole unwittingly yells out “daddy” in front of Ben. They save Andre and return to shore. Now knowing that Nicole lied about Andre being her lover, as well as everything else about her and him, Ben stops speaking to her.

The next night, Nicole and Andre go to Ben’s house. Andre hides from sight, and as Nicole gets Ben’s attention, he feeds her words of love to say to Ben. Charmed, Ben tells her he might come to the dance later that night. He ends up showing up, and later on, he and Nicole dance and kiss each other in front of the beach house, watched by the smiling Andre. Perhaps inspired by this, Andre calls up Isabel (Emma Thompson) again, and on her answering machine tells her how he has learned so much from being with Nicole, and he then proposes marriage to her. She finally picks up the phone, and he also adds that he wants to have a child with her, too.

The movie closes with Andre still chatting with Isabel, but we are left to assume – based on Andre’s happy facial expressions – that she will indeed marry him. 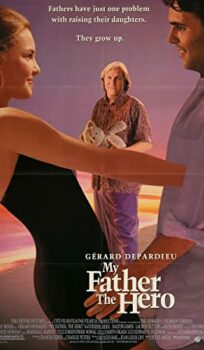