After many hijinks, Bianca (Gail Patrick) learns that Ellen (Irene Dunne) is still alive, and Nick (Cary Grant) finally accepts that there wasn’t any hanky-panky between Ellen and Burkett (Randolph Scott) on the island. The same judge (Granville Bates) that originally declared Ellen legally dead, and married Nick & Bianca, now dismisses the bigamy charge against Nick, annuls Nick & Bianca’s marriage, and declares Ellen “legally alive” and free to divorce Nick. Eventually, Nick and Ellen make up, and the movie closes on the two of them about to resume a happy marriage.

This movie was remade as Move Over, Darling. 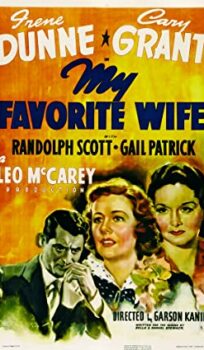