Bob (Michael Keaton) lives long enough to see the birth of his child, a son he and his wife Gail (Nicole Kidman) would name Brian. However, his kidney cancer spreads to his brain not long afterwards, and within weeks he finds himself bed-ridden at home being cared for by Gail, her mother, and a hospice nurse, Theresa (Queen Latifah).

In his state, he finally reconciles with his family, and they come to California to assist in taking care of him. During his family’s time there, Bob’s father (Michael Constantine) brings the circus to his own backyard, making up for the promise he didn’t fulfill to Bob when he was a boy of taking him to the circus. Bob dies some time later with Gail by his side, and he goes to the afterlife completely happy and free of all of his emotional pain.

It last shows a scene a couple of years later, where Bob, on video, reads Green Eggs & Ham to his son. 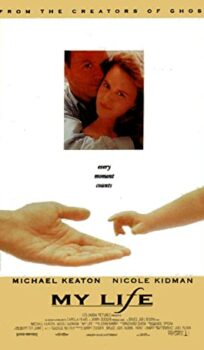