Seven children (Bug, Alex, Jerome, Penelope, Brandon, Brittany, and Jay) are born the night that the “Riverton Ripper,” a shizophrenic, disappears after going on a killing spree that includes killing his pregnant wife (the police stop him before he can also kill his daughter, Lea (Emily Meade)). Afterhe is shot by Police Officer Patterson, the Ripper says he will “get them all next time.” The town coroner theorizes that the Ripper did not have multiple personalities, but multiple souls, and the souls may take residence in a new body. On the way to the hospital, the ambulance containing the Ripper’s body crashes and the body falls into the river and is never found. That same night, seven children are born prematurely. They are called the “Riverton Seven”

Fast forward 16 years, to the anniversary of the disappearance of the Ripper. A caped figure begins slaughtering the Riverton Seven one by one. Lea (who goes by the nickname “Fang” at school, where she leads a gang of bullies) tells Bug (Max Thieriot) that he is actually her brother, the son of the Ripper, who was miraculously pulled out of their mom’s dead body. Before she is killed, Penelope predicts that either 1) The Ripper didn’t die and has come back, or 2) each child is one of the Ripper’s old souls, and one of them has the Ripper’s soul and is killing the rest. The mysterious ripper ends up killing all the children (as well as the police officer who stopped him the last time and Bug’s aunt) except for Bug, Alex (John Magaro), and Lea. It turns out that Alex has been possessed by the evil soul of the Ripper and has killed everybody. He proposes that he and Bug frame the deceased Jerome for all of the murders and that they take credit for stopping the Ripper. Bug reveals that each time Alex/Ripper killed one of the other seven, their souls took residence in his body, and he uses the knowledge given to him by the souls of the dead teens to kill Alex and banish the Ripper’s soul from Earth. When Bug leaves his house, the police and Lea are waiting for him and cheer him as a hero. In voiceover, Alex says that while he doesn’t want to be a hero, he will do so for the good of the town. 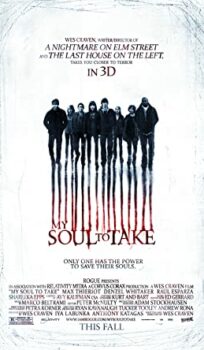