Nancy (Emma Roberts) figures out that Biedermeyer (Barry Bostwick) is Z, after finding out it’s his middle initial and seeing him using it in his signature. She also figures out that he was left out of Dehlia’s will, and is the killer. Biedermeyer takes Nancy and Carson (Tate Donovan) hostage, where he threatens Nancy to get her to tell him where the will is. He also tells her that Jane (Rachael Leigh Cook) is not his daughter, but Leshing’s (Marshall Bell), who sneaks in through the secret passage and knocks out Biedermeyer, saving Nancy and Carson. Nancy tells him he’s a father, much to his surprise. The will is given to Jane, who gets her daughter back, and she converts the Draycott mansion into a home for single mothers.

The Drews move back to River Heights, where Nancy gets a call from Scotland asking for help in a new case. 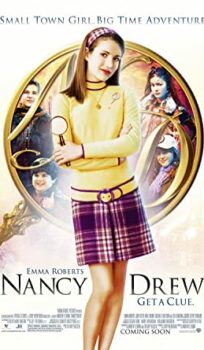