Jake Tyler is guilt ridden after not stopping his father from driving drunk.

Jake is a star football player who in a fit of rage Punches out an opponent, after the other player makes a comment about his fathers death. The punch is caught on camera and is a hit on a you tube type website.

Jake’s mother moves the family to Orlando so his younger brother can attend Tennis school.

Jake is an outsider, until the Video of his football punch is shown around school. Gaining the attentin of Ryan, the most popluar and violent kid in school.

Ryan has his girlfreind Baja invite Jake to the party.

After some small talk Ryan challenges Jake to the “Main Event” Of the party, Jake vs Ryan.

Jake wants no part of this till Ryan eggs him on with taunts about his father.

Ryan beats Jake down, humiliating him in front of the party goers.

Jake wants to join, Rouqa makes him prove himself. After Jake does they begin training. Ryan takes notice of this and tells him they will meet at the Beat Down, a local underground fight club.

Jake doesnt want to fight in the beatdown, since he is finally in control of his anger, and wins the heart of Baja who leaves Ryan for what he did to Jake.

Ryan beats Max so bad that he is in the Hospital. Jake vows revenge. He heads to the beat down.

Half way through the beatdown Ryan is disqualified for an illegal move, Jake is getting ready for his next fight, and asked why Ryan’s name is marked off the score screen. Jakes taps out and leaves the beatdown. Ryan follows hin outside. Jake and Ryan get into one final battle, where Jake finally K.O.’s Ryan.

Jake is now happy with Baja, Max is out of the Hospital and Ryan and Jake have a new found respect for each other. 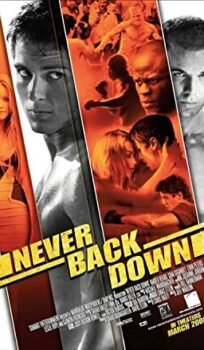