Next Avengers: Heroes of Tomorrow(2008)

Ultron has taken over much of the world after killing the Avengers, including Captain America, Giant-Man, Wasp, Black Panther, and others. Iron Man and Thor are seemingly the only heroes to survive, but Thor leaves Earth to watch over Asgard because Odin, his father, has died. Iron Man takes the children of the Avengers to a secret location to hide them from Ultron. The children include:
James, son of Captain America and Black Widow
Torunn, daughter of Thor
Azari, son of Storm of the X-Men and Black Panther
Pym, son of Giant Man and Wasp

Years later, Vision comes to them damaged. Iron Man goes to repair, with the kids following. James accidently awakens robot versions of the old Avengers telling Ultron where they are. Ultron flies to the robot Avengers and takes over their systems, afterwards he sends them back to the home of Iron Man’s base.

Eventually Ultron finds the kids and tries to kill them. Iron Man fights Ultron as Vision takes them away to safety. Ultron overpowers Iron Man and takes him back to his base. The kids fly to Ultron’s base to save Iron Man and after nearly dying, meet Hawkeye’s son in the city. After saving Iron Man, they find out that while their parents fought Ultron, Iron Man’s suit became damaged which caused the Avengers to make him take their children to safety. They then came across Betty Ross who informa them Hulk/Bruce Banner is still alive in the desert. They all go to him as he is the only one can stop Ultron.

They find Bruce and try to convince him to help, but he refuses. Because of this, the kids decide to bring Ultron to him. Ultron arrives bringing the robot Avengers with him. Bruce turns into the Hulk and kills all of the robot Avengers and Ultron. Before Ultron repairs himself, Torunn flies him into space, killing herself in the process. Thor resurrects her and explains why he abandoned her and asks her to come home to Asgard. She tells him Earth needs her, to which Thor accepts and sends her back to Earth with Asgardian armor. The kids all decide to head back to Ultron’s base to destroy the rest of his creations and save the other human survivors. 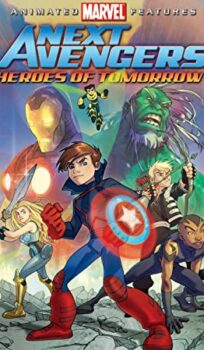