Short version:
Five of the main characters survive: Leo (Donald Faison), who walks away with the cash; Jesus (Cisco Reyes) and Chi (Yasmin Deliz), who walk away with the cocaine; Shavoo (Omari Hardwick), who just limps away half-dead, his fate unknown; and Hassie (Malik Barnhardt), the guy who was always sleeping on Brody’s (Mike Epps’s) couch.

Long version:
The immense mix-up of the movie’s situation leads Leo, drug kingpin Bodega (Emilio Rivera), his henchman Rhino (Lobo Sebastian), and drug-dealer Jesus, who was supposed to be the original recipient of the drug package, and his girlfriend Chi to the apartment where Leo mistakenly left the package: the place of Brody and Guch (Wood Harris).

Leo is forced to knock the door and Brody answers; when Leo asks for the package to be collected and redelivered, Brody claims he already “took it back to the company”, this while, back inside, Guch was counting the money with Brody’s cousin, Shavoo, and his homie “Buddy” (Darius McCrary).  Bodega smells something is not right and everyone forces their way in, winding up in a gunpoint confrontation.  An argument escalates and Guch triggers a shootout by firing against Jesus; everyone ends up shooting each other, Rhino also stabs Buddy to death before being gunned down by Shavoo, who was presumed dead, but had a vest under his clothes.

In the end, Shavoo flees, looking barely alive.  Leo arises unharmed, realizes that the money of the intended deal between Brody and Shavoo was there, untouched and walks away with it; but not before scaring Chi, who survived because she managed to crawl away from the shootout and hide in her place, off him, as well as two other tenants, at gunpoint.  Chi comes into the apartment and discovers Jesus survived because one of the shots meant to kill him got his watch, instead.  They see all the cocaine was there, snatch it and also run away with it.

The movie ends, the credits start rolling and we get a final glimpse of another survivor: perpetual sleeper Hassie. 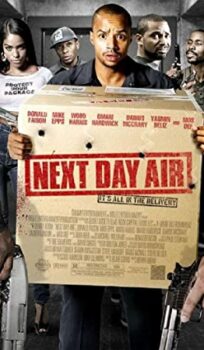