Olivia (Rosalind Russell) gets scared when night comes, calls Justin (Alan Marshal) to tell him she’s coming over, and leaves the house. The two maids also depart for the night, leaving Danny (Robert Montgomery) alone in the house with Mrs. Bramson (Dame May Whitty). He murders her and steals the money from her safe.

Just as Danny is getting ready to burn the house down, Olivia returns. After realizing what he’s done she’s disgusted and at last gets over her fascination with him. Just as he’s about to kill her, Justin comes with the police, he had tried to call her back, but Danny had cut the wires and he had worried. Olivia directs the police to the body, Danny is arrested, and it’s implied that Olivia will now accept Justin. 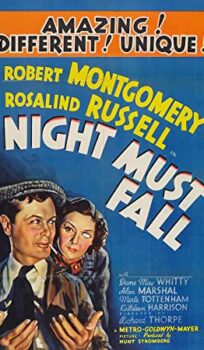