In this version, a wounded Ben barricades himself in the basement, where he finds the keys to the gas pump and kills the transformed Helen and Sarah Cooper.

Harry Cooper hides in the attic. Barbara escapes from the house and runs into a trap setup by a militia that is slowly wiping out the zombie horde, but she is unharmed. The next morning, the group ends up back at the farmhouse, where they find and kill a zombie-Ben in the basement. Barbara finds Harry when he descends after hearing people, but she shoots him for killing Ben, and tells the group “there is another one for the fire.” 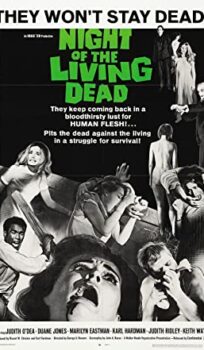