Others are supernatural beings, vampires, shape shifters etc…. They have been fighting the war between good (Light Others) and evil (Dark Others) for basically ever, but formed a truce long ago.

Anton (our hero) goes to a witch to use magic to get his wife back, who left him for her lover. The witch informs him that his wife is pregnant and the baby is not his. Anton agrees to have her cause a miscarriage to get his wife back. He begins to regret the decision, just as the Night Watch prevent her final clap to kill the unborn child. But he can see them proving he is also an Other.

Twelve years later Anton is working for the Night Watch, the good Others that protect humans from the Dark Others. While trying to save a young boy from a vampire attack he sees “The Virgin” a cursed woman who will bring about the end to the truce between the Dark and Light Others and bring on the war to end all wars.

Anton saves the day breaking the curse on The Virgin and finds out the boy he saved is his son and an Other more powerful then any before him. Which ever side the boy takes will win the war between the Dark and the Light according to prophecy. Anton is tricked by the leader of the Dark Others and the boy is told that Anton tried to have him killed before he was born.

The boy joins the Dark Others. 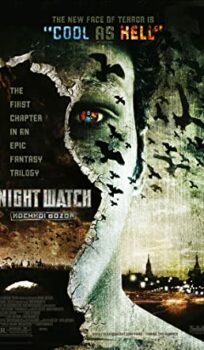