Near the end, they are being chased up a roller coaster when Major Warren Holmes (Francisco Rabal) sees them from his helicopter after finding his wife transformed at their house. As he attempts to rescue them with a rope, Anna can no longer hold on and falls to her death.

Dean then wakes up in bed next to his wife. The entire movie up to this point has been a dream. However, Dean is upset at waking late, as he has to get to the airport to meet with the nuclear professor flying in, where the movie starts all over again. Dean doesn’t seem to realize what is going to happen. 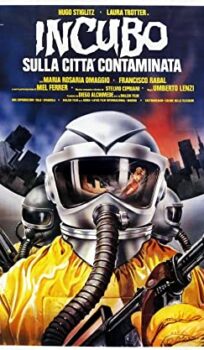