When hired gun John Gant (Audie Murphy) checks into the hotel in Lordsburg, the whole town is set on edge.  Gant is known for getting to know his victim and antagonizing the victim to goad them into attacking him.  He kills them in self defense and is safe from the law.  Many men in town fear they could be the target.  The only one who will treat Gant decently is the doctor.  The banker and mine owner each think the other hired Gant to kill him, leading to a shootout between them.  Another man kills himself sure he is the target.  The sheriff fails at trying to run Gant out of town.  A mob of men show up at the hotel and tell Gant they will kill him if he does not leave.  Gant can not be intimidated and tells them them they may kill him, but the first 2 or 3 to draw on him will die too.

Gant’s target is revealed to be Judge Benson.  The judge is very ill with tuberculosis.  When Gant confronts the judge, the judge suspected he was the target because of previous shady financial dealings.  The judge reveals his strategy to stop Gant- no matter what Gant says or does he will not draw his gun.  Gant will not be able to use his self defense ploy.  Gant was ready for this, and pulls out a torn lace from the judge’s daughter’s underclothes (which Gant had torn earlier for no apparent reason).  Gant implies that he raped her and will go back and do it again.  The furious judge grabs his rifle to chase Gant.  The judge drops dead from the exertion, and dies without Gant having to fire at him.  The doctor hits Gant’s right arm with a hammer, fracturing it, so Gant can not continue his murderous career. 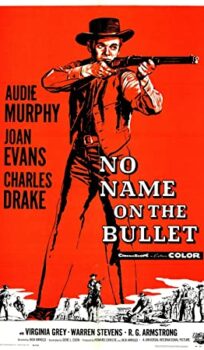